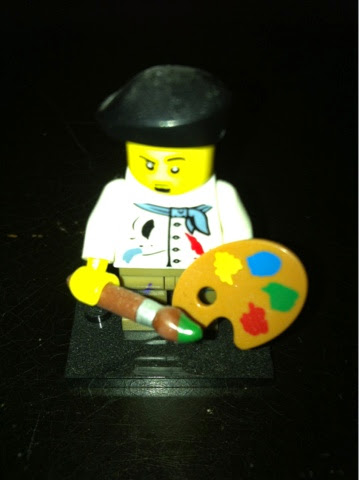 Well growing up I spent most of my time trying to get to grips with making things in one shape form or another. I had first a set of lovingly crafted wooden blocks which all fitted into another wooden box on castors. So I learnt from an early age about visual representations of different sized blocks and shapes. These were all natural varnished blocks all well made by my Godfather who was an architectural model maker so I discovered much later.

By simply placing the different blocks on top of each other different objects emerged from the mass of block covering the floor. I am sure this was much to the dismay of my parents. Many happy hours were spent building many different things from towers, houses to cars, planes and automobiles. Building towers as high and as slender as possible before it fell over. Theres a fine limit there but its most satisfactory if you get it right as I soon discovered. These various structures varied from just buildings to successful and unsuccessful bridges spanning various imaginary canyons which Evel Knievel could jump with ease.

Suddenly one day I was introduced into these funny, small multi coloured and different sized blocks which all connected to each other in some way. This stuff was known as 'Lego'. Not that I was that interested in what it was called at the time. I just wanted to use it but after much play I grew to love the name also!

I soon discovered that these could be used to make a house on the larger green base plate. I think this was the first thing/model that I ever made to a set of instructions. It wasnt a complex model but very simple in its plan form and shape. I soon deviated from the instructions (almost immediately) and started adding various other parts to it and changing the plan.

The great thing then about Lego was that there wasnt that many 'kits' to build a specific thing as there are now. It was bought in packs which then allowed you to build anything you wanted. This is why it was so good! Well for me as it wasnt predetermined in what you could or had to build. I could use my imagination and developing skill to build whatever I wanted. The possibilities were endless and so were my Lego experiments! Once I got used to the different sizes of coloured blocks which went from a one block to eight block module. There were also linear versions of these blocks to enable other possibilities together with wheels and flat base plates. Then I could start to gain a better sense, a 'Lego sense' of how and what I could build.

There was a progression here though and looking back positively strange. In that before building anything I would sketch a plan or make a drawing of what I wanted to build. This was based on the 'bricks' I had available in my drawer now full of Lego. These sketches got more elaborate as my desire to try and build the perfect Lego 'Fab 1' Rolls Royce from 'Thunderbirds' unique as it has four wheels to the front and two to the rear. All credit and thanks to Gerry Anderson for hours of endless pleasure watching his fabulous 'Thunderbirds'. Whilst eating jam on toast and inspiring me to build the latest machine which came out of Thunderbird 2's pod to save the day.

The Lego modules were always called 'bricks' not sure if this had a bearing later in life but there we are. My eight module 'bricks' all seemed to be red for some reason. Although even though they were red it didnt seem to prevent a stray one finding my bare foot! So I adapted my sketches to suit the Lego parts and so at least then I knew I had a chance of building what I could draw. A skill which I have since used to great effect many times and in many ways to develop my ideas and projects.

In short you never out grow wooden blocks or your 'Lego Sense'. Have fun!

By the way Im secretly lusting after architectural Lego sets after seeing Frank Lloyd Wrights 'Robie House'. Which was proudly displayed in what looked like a 1930s wood and glass display counter in Paul Smiths Floral St store some time ago.... but thats another story.... 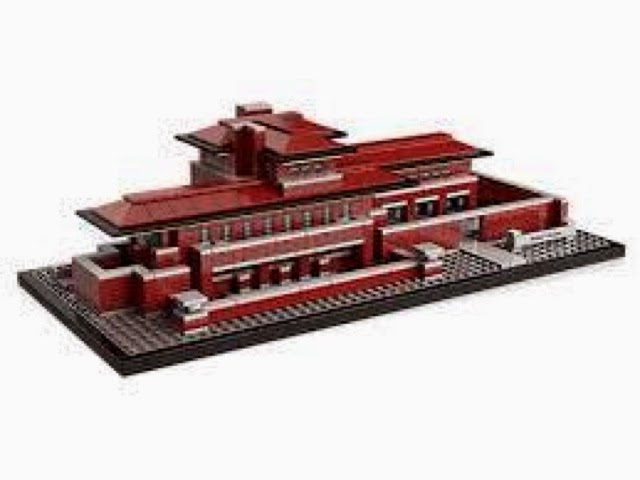